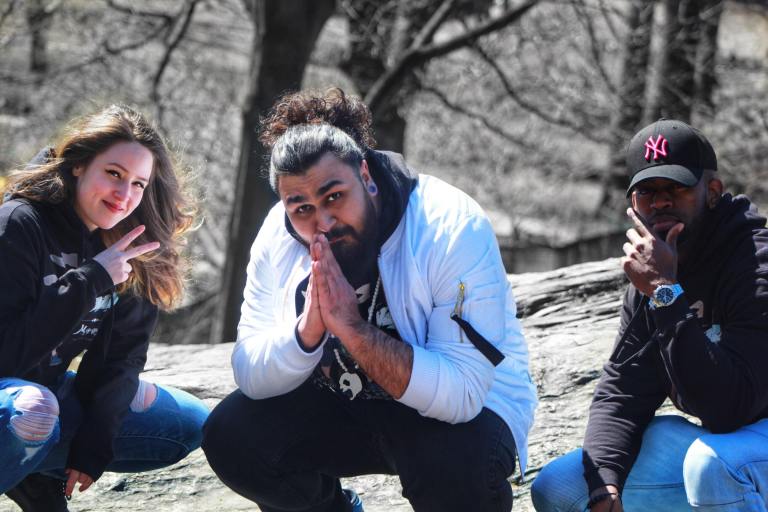 Moose Raja has moved around a lot, so he struggles with the concept of a home. This is something that can be heard throughout his lyrics.  The big question for this artist is “Where am I from?”. Living all over between New York and Texas; he considers Westbury, New York to be the closest answer.

He spent ages eight to fifteen in Westbury. That is the longest he has ever stayed in one neighborhood. Growing up, although Moose’s parents struggled to make ends meet, they never let his stomach know it. Although Moose is unsure about god now, he grew up in a Muslim household. That came with it’s own caveats.

Moose grew up as an awkward kid. He would shoot hoops with the kids on his block, but go home to watch anime, and read comic books. He preferred this over getting involved with the prevalent gang activity around him. Westbury’s a place where gang violence and drug-related crimes occurred, but were not necessarily a regular occurrence.

Just as Moose began making friends, his parents broke the news to him that they were moving to Houston, Texas. And that point in time is where Moose plans to take you with this new project he has in the works.